Dean and Diane Baker were devastated to learn in the fall of 2016 that, despite an initial diagnosis of bronchitis, Dean actually had stage IV lung cancer. The prognosis was one that everyone dreads. Dean, a former community police officer and business owner, was well-known and well-loved. Diane had been with her market center for 13 years and had been an avid supporter of KW Cares. With Dean rendered unable to work, the Bakers began living on Diane’s income as an MCA while still supporting two of their four children through college. David Morgan, the team leader of the Mooresville, North Carolina, market center encouraged Diane to apply for a KW Cares grant and proceeded to rally his market center community to help.

Initially, they raised $2,800 and, just as importantly, they took over the Bakers yard work, household duties, and provided a Christmas tree laden with gift cards to grocery stores, restaurants and gas stations. The KW Cares grant was approved soon after Diane’s application was submitted. It was with great sadness that Diane conveyed that Dean passed away a mere seven months after his diagnosis. In a message to KW Cares, Diane wrote, “(Please convey) to all those agents who give to KW Cares without knowing who they are blessing, I offer a heartfelt THANK YOU! My heart is broken, yet full of grace from each of you.”

“You changed our lives by taking away our financial burdens so we could focus on our last months together.” 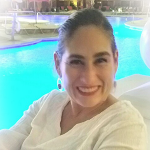 Blessed to Be AliveOur Stories 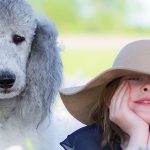