In April 2017, Marti, an associate in the Denver West market center, as well as an accomplished trombone player, was diagnosed with myelofibrosis, a rare blood cancer in the leukemia family. With his health rapidly declining, his medical team suggested it was time for a bone marrow transplant. Marti’s daughter, Carina, was a match so she put her life on hold in Chicago to help her dad. He began the grueling preparation of chemotherapy and isolation, followed by the transplant in June 2017. Unfortunately, over the next few months, Marti’s body rejected the new stem cells and his cancer returned. A new donor was found and after another round of chemotherapy and isolation, he underwent a subsequent stem cell transplant in September 2018. Carina was again his caregiver throughout his recovery.

When Marti discussed his diagnosis, treatment and lengthy recovery with his market center leadership, they immediately responded by providing funds and organizing additional fundraisers. A team stepped up to cover all activities for Marti’s business—from admin through listing and buyer services, leaving every dime of GCI earned to Marti. The market center forgave his company dollar and covered his royalty. These actions saved and earned Marti a significant amount of income during the time he was either limited or incapacitated. As difficult as the treatment and recovery were to overcome, Marti also dealt with limited lung capacity, which prevented him from playing his beloved trombone.

Happily, Marti says his most recent checkup showed no cancer cells were detected in his body and his blood counts were the best they have been in five years.  His lung capacity is also greatly improved, and although difficult, he is back to his passion – playing trombone.  The past two years have been exhausting, but with the help of the grant from KW Cares, the generous support of his market center, and the unending love and care from his sweet Carina, Marti feels like he’s finally turned a corner and is very hopeful for his future. 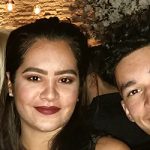 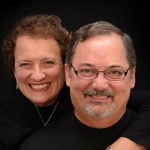