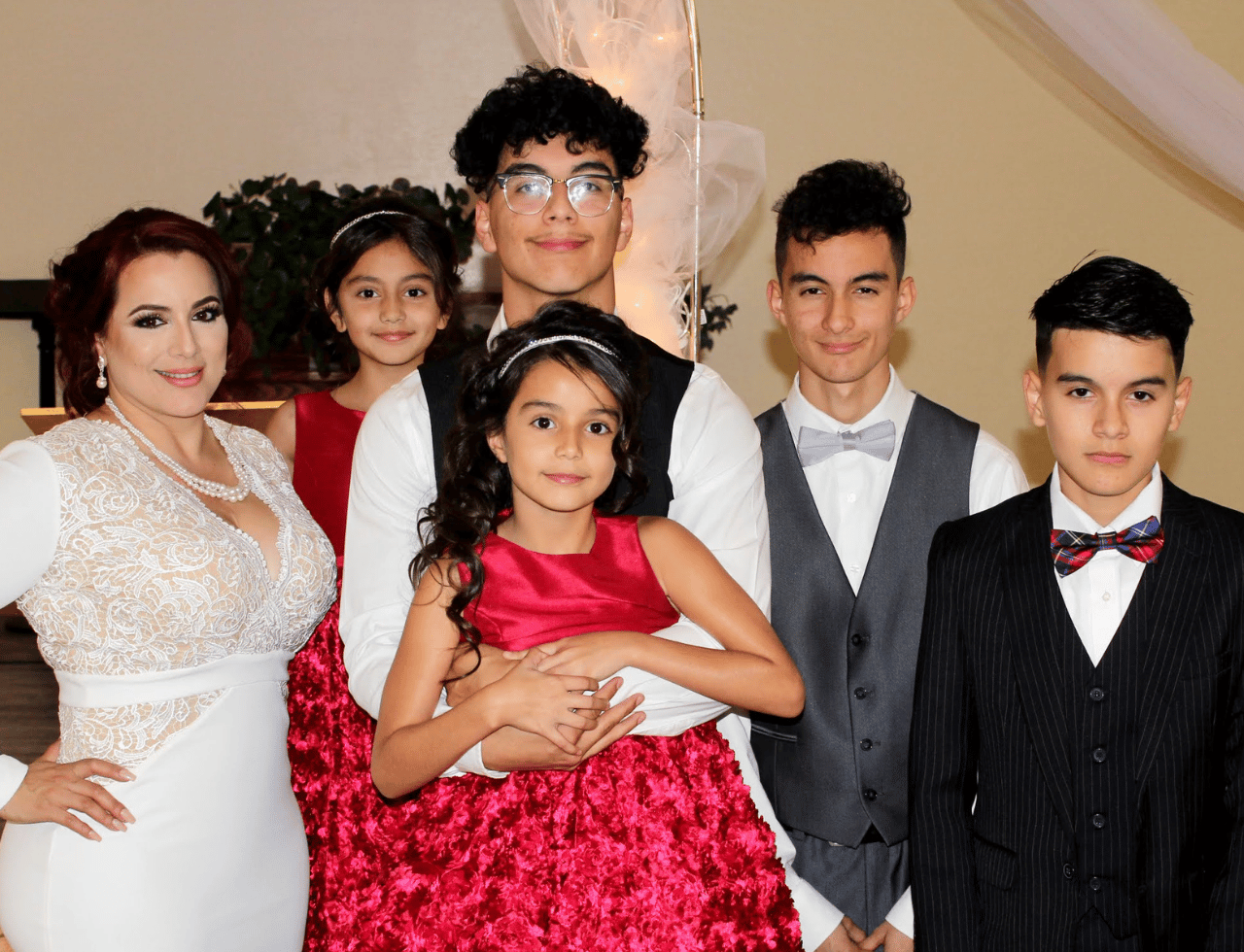 As a single Mom of five and a booming business at Keller Williams Phoenix, Patty thrived on managing her busy world. She was diagnosed with Covid in January 2021, and despite being quarantined at home, she was not about to be sidelined from her responsibilities. Her 15-year-old daughter, Mia, was helping the family by preparing all of Patty’s meals and bringing them to her room.

Suddenly, Patty heard Mia crying in agony from the next room, yelling from the pain of severe headaches. Concerned about exposing her daughter to Covid, Patty hesitated to enter her room…what could she do? The screams turned to silence and Patty knew something was terribly wrong. She burst into her room and found Mia unconscious.

Mia had suffered a stroke.

Patty’s son scooped up Mia and carried her to the car. They sped to the E.R., where it was determined Mia had suffered a ruptured an Arteriovenous Malformation (AVM) in her brain, causing the stroke. She was air transported to Phoenix Children Hospital.

“There wasn’t much hope in the beginning,” Patty said. “For weeks, she was basically in a coma. For the first time ever as a parent, I felt like I couldn’t do anything for my child except pray. We received lots of support from KW. Everybody at my office was generous with their prayers for my child.”

Patty’s prayers were answered, as a specialist known worldwide for his expertise with AVM took Mia’s case and performed the surgery on the minor; for the first time in his career.

A mere eight days after the very successful surgery, Mia’s therapist recommended that she be moved to in-patient rehab. “They told me she was probably going home in a wheelchair,” recalled Patty, through happy tears. “So we were running around the house making everything ADA ready, and moving Mia’s bedroom downstairs. But, she went home walking.”

Mia is currently making great strides in physical and speech therapy. “She’s a little weak on the memory and physical sides, but she’s all there. I have my baby back,” beams Patty. Mia’s remarkable recovery ranks as the fastest in the history of Phoenix Children’s Hospital for a patient in a similar condition.

After officially graduating from her room upstairs, Mia celebrated her 16th birthday, surrounded by friends and family. Patty says, “I told her I just want you to know how much of a miracle you are.”

When the family returned home, Patty was alarmed to realize that expenses had drained her bank account. She was encouraged to reach out to KW Cares and we were able to assist with the grant. “That put us over,” Patty says. “A coworker asked me about KW Cares, but I thought that was just for natural disasters, not something available for day-to-day emergencies. When they said the grant was approved, I really couldn’t believe it.”

To help those just like Patty and her family who are faced with hardship after life-altering events, donate today!