Meet Jim and Pamela Vatistas, husband and wife from Rochester, New Hampshire. Pamela has been with Keller Williams in Portsmouth since 2008.

In February 2019, Jim experienced a life-threatening fall resulting in a brain injury. He was taken to the hospital for a cat scan, which showed no severe swelling or bleeding. However, several weeks after the fall, Jim began experiencing loss of strength on one side, memory issues and speech problems. In late March, his symptoms had progressed to the point that he lost movement on his right side and could only verbalize a few words.

Jim had a craniotomy to relieve pressure and excess fluid in his brain. He was in the hospital for five days before being sent home with full-time care and in-home physical therapy.

In April, he was diagnosed with a deep vein thrombosis and had surgery to remove the blood clot. Jim underwent several more surgeries to relieve pressure from his brain and correct vision problems. Jim was considered a permanent part-time employee and did not qualify for short-term disability through his employer. He had been unable to work since his fall, and due to his need for round-the-clock care, Pam was unable to focus on her real estate business. The reduction in income, along with mounting medical bills caused significant financial strain. Nearly two years after Jim’s fall, Jim was finally to return to work, and Pamela is now back to real estate as well.

Pamela has graciously shared her story with us, which you can read in her note to KW Cares below. 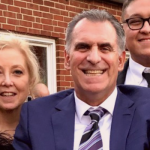 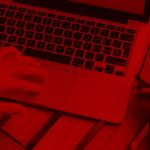 How to Give Back at KWuncategorized