Andy Kontz, an associate with the Sioux Falls market center, and his wife Billie had two children when it was discovered that Andy was seriously ill with acute myeloid leukemia (AML).

After undergoing high-dose chemotherapy and while recovering from his long-awaited bone marrow transplant, Andy worked hard to keep his business going and support his family. Although in remission, he continued to struggle with several complications including kidney problems, chronic pain and low energy levels. His doctors advised him to take six months off from work to allow his body to make a full recovery.

Kontz then faced astronomical medical expenses and the loss of his ability to work to his potential. Thankfully, the Sioux Falls market center and the local REALTOR® association partnered to raise $20,000 for him and his family. They also provided meals, fluffy pillows and shoveled his sidewalk. In November 2016, KW Cares provided a grant to Andy for continued assistance.

In February 2017, Andy faced another stumbling block and underwent abdominal surgery for severe pain. A stomach issue had contributed to liver problems, which the doctors feared would lead to liver failure. Thankfully, after a monthlong recovery, Andy’s pain was alleviated. Again, the family was challenged with meeting living expenses due to his need for rest and recovery from this additional surgery, so KW Cares offered additional assistance.

Despite the rigors of high-dose chemotherapy, an incredible event happened to the Koontz family when they found they were expecting a bundle of joy! On June 13, 2017, Addison Josef Kontz entered the world. During a week stay in the NICU, doctor’s discovered she had a problem with her aorta, so she was flown to Minneapolis to have heart surgery. Thankfully, everything went well and now everyone is at home and adjusting. “I want to thank KW Cares for all of its support and prayers! Without you we never would have made it this far.” 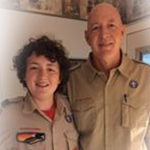 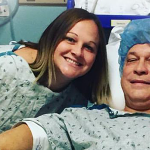