For Anna Lewis, single mother of two, life as she knew it changed on a dime one Spring day in 2016. While riding in the passenger seat to preview a property, she was involved in an accident that altered her future in a way she never could have imagined. The car skidded on sand in the road, which caused the driver to lose control. Buckled in her seat, Anna felt the car roll five times before it stopped, leaving her with  a broken back and a spinal cord injury. She bravely faced surgery to repair her spine as well as subsequent physical therapy with the knowledge that there was little hope for improvement.

Although she has experienced some progress, it has not yet been enough to enable her to return to making a living that will support her family. Assistance from her market center in La Quinta, California, and KW Cares has helped sustain Anna and allowed her to achieve her goal to walk unassisted! Anna’s attitude has remained remarkably positive. Her MCA, Milly Garver, said that Anna stops by the office as often as she can to touch base with others and to attend training sessions. Milly remarks, “She has been an inspiration for the entire market center!” 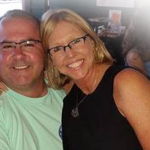